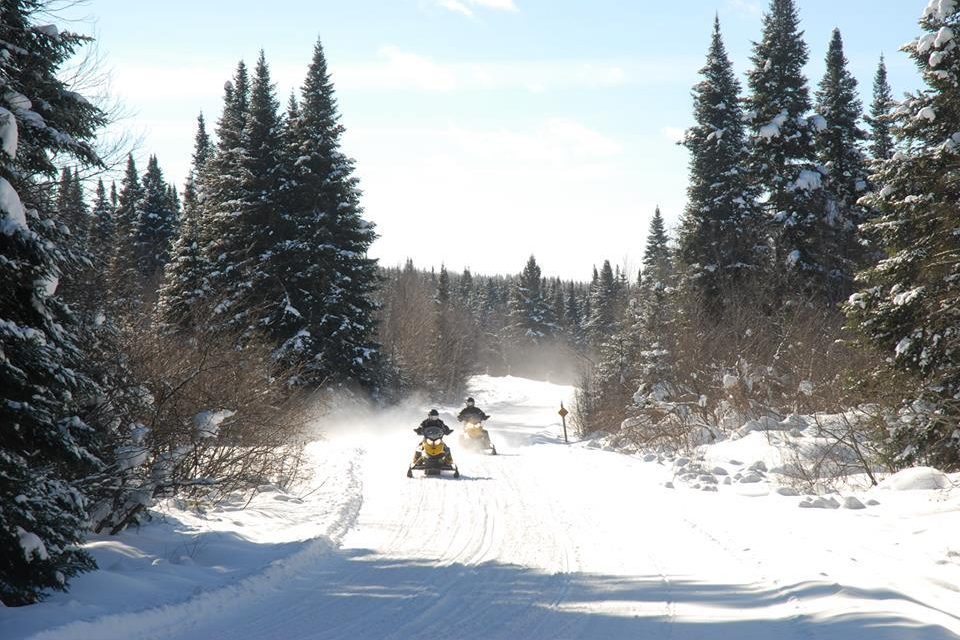 Winter in New Hampshire’s Great North Woods is all about snowmobiling. And few people know the area’s vast network of snowmobile trails like Curt Shaw.

Shaw is the president of the Pittsburg Ridge Runners snowmobile club. So when he tells you what trails are the best, it’s a good idea to listen.

The Pittsburg Ridge Runners – which has more than 4,000 members from 28 states and Canadian provinces – are a major reason why Pittsburg is widely considered the snowmobile capital of New England. Each winter night, the club’s four PistenBully 400 machines groom between 200 and 250 miles of trails. Those trails connect to other trail networks in Vermont, Maine, Quebec and other parts of New Hampshire, forming a vast network of trails that allow visitors to ride for hundreds of miles over a few days.

But with so many amazing snowmobile trails to ride and only so many days in winter, it’s important for riders to distinguish the great trails from the very good. And Pittsburg has lots of great trails. Sometimes the biggest problem with snowmobiling in Pittsburg is choosing which trail to ride.

“It is difficult to pick a favorite trail,” says Shaw. “I try to vary my choices each time out so as to cover everything.”

Among Shaw’s favorites are a few loop trails. He enjoys the deep woods of Malvina Loop, northwest of Lopstick. Another favorite is the scenic Indian Stream Gorge Loop, northeast of Lopstick. The Indian Stream Gorge Loop has been off-limits due to logging for the last three years, says Shaw, but snowmobilers will be able to ride the loop once again this winter. The trails around Mount Pisgah to the south offer riders another fun loop.

For some of the area’s best views, Shaw says to ride to the top of Diamond Ridge off Trail 143. Another ride that is especially pretty when the snow is covering the trees is Trail 141 from Depot Camp to Perry Stream. He also says the Terrell Pond Loop to Hall Stream passes through a beautiful, heavily-wooded landscape.

Shaw says a good ride for beginners is Trail 142 from Back Lake to Trail 140 and Deer Mountain. For riders looking for a more challenging trail, Shatney Mountain has some of the area’s steepest trail. It also rewards riders with breathtaking views of Back Lake.

You can learn more about the snowmobile trails around Pittsburg and current trail conditions on the Pittsburg Ridge Runners website.

If you’d like to explore Pittsburg’s amazing snowmobile trails, but don’t have a snowmobile yourself, you can always rent one. Lopstick rents new model, four-stroke Ski Doo snowmobiles for single riders and touring models for two riders. Lopstick also offers a variety of Ride and Stay Packages for added savings during your snowmobile vacation.