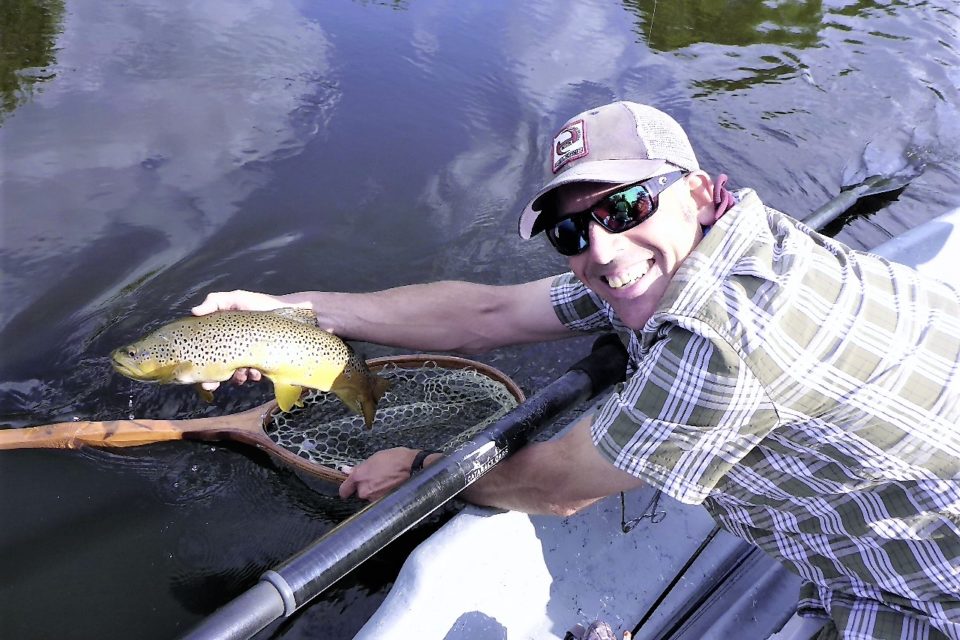 Bill Bernhardt is our Head Fly Fishing guide here at Lopstick Outfitters. Bill is an avid and enthusiastic fly fisherman and outdoorsman. He began his fly fishing journey at the age of 8 fishing the remote ponds and small streams of Northern Maine in pursuit of native Brook trout.

Bill became a registered New Hampshire in 1994. He has worked at the local Fly Shop and guided the surrounding waters of the Mount Washington Valley. Bill has also been fortunate enough to spend several winters guiding and exploring  in Northern Patagonia’s Chilean Futaleufu valley. Where he became the Head Guide for the Futaleufu Lodge.

His passion for fly fishing has drawn him to the Tailwater fisheries of Pittsburg, NH. Where the cold waters and Salmon runs provide some of the best fishing in the state. He has been working for Lopstick for almost 20 years now. Bill is a devoted fly angler willing to fish for anything that swims. He is a patient and knowledgeable guide with an easy going personality. He can be found drifting the Androscoggin and Connecticut rivers as far down as Littleton, NH in search of Northern Pike.

Policy: full payment for the entire trip, including multiple days, up front of guide service is required at the time of the reservation.

Here are the rates:

See what customers have to say about Bill:

Our longtime guest Steve B. shared this post for us. 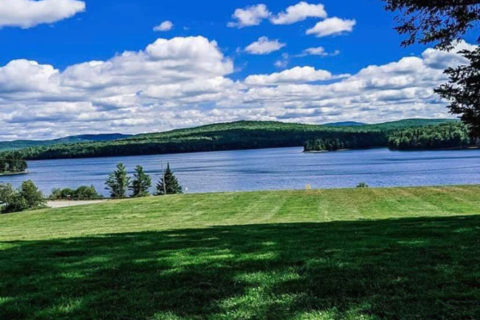 Back from another FANTASTIC trip to Pittsburg and Lopstick Lodge!!! Got up on Thurs, fished for a bit, got a few trout in the net, and then Hazen and Emily took us to dinner at The Rainbow Grill. It’s always a great visit (A++) from cocktails to the service to any of the food! On Friday, the “kids” and I fished the Trophy Stretch in the am. We had our spot all to ourselves and managed a few trout by the bridge before I moved down a bit. I was fortunate to have figured it out and managed another 4 in the net before the kids came down to my spot. I gave up that spot and provided some streamside instruction instead. Shortly after, Emily grabbed 2 trout and then we let Hazen in on the fun and he grabbed 2 as well. I was beaming ear to ear and so proud!! (Nicely done, guys!!) We went back to the cabin, had lunch courtesy of Danielle, and geared up for our tandem drift with Lopstick Guides Bill and Chuck. We got into our respective drift boats and set out on a stretch of the Connecticut River. It was a beautiful day, the sun was shining, and the fish were rising. We shared a few laughs, I picked up a few trout and Danielle got some fantastic instruction from Bill – as, until 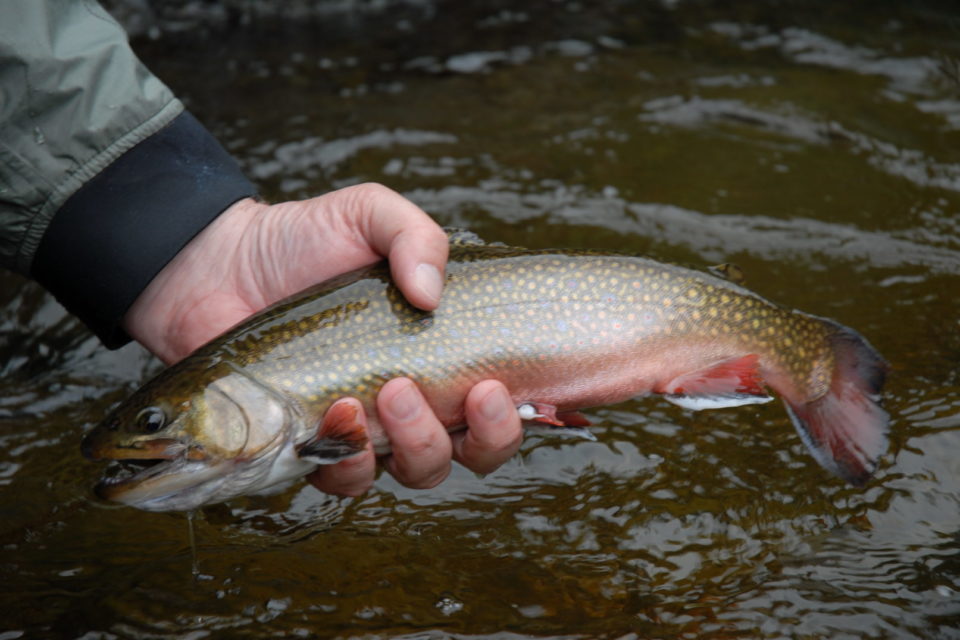 today, she had never even held a fly rod!! The fish were very skittish but we pressed on. The flavor of the afternoon were #18 black flying ants and caddisflies. And then it happened!!! Danielle’s perseverance paid off and she caught her first-ever rainbow trout on a fly rod!!! The smile on her face said everything!!! I think I even heard her agree that “the tug is the drug!” But before we called it an evening, she managed two more to net all on her own. We took the boats out under darkness, bid farewell, and thanks to our Guides, and headed back to camp where Danielle had a pork butt slow cooking all afternoon….Another fantastic meal!! It’s trips like these that make me realize just what a great life I have and how much I love those in my life. Until next trip……

Float trip on the Andro with Bill

I’ve been lucky enough to fish with guides a dozen or so times in my life. Float trips are always a special treat, but Bill went way above and beyond on this one. Bill is flat out a pro – just a top guide all around. I had originally booked to fish The Upper Connecticut River, but Bill was leaning towards the Androscoggin and explained his rationale, so I willingly agreed. He had every little detail down and wouldn’t let me help with a lot of stuff. I brought two rods and he brought two more. We ended up using one of my rods for nymphing and one of his for dries, and we fished dries most of the day. His rod, only a 3 weight, cast like a dream and our double caddis fly combo was deadly. We started the day getting rainbows, but as we got downriver, we picked up more brookies, plus an occasional brown, smallmouth, or chub. Every time I got a knot or a tangle, Bill fixed it. When I was thirsty, he had drinks. When it was lunchtime, we beached the boat, and Bill served some appetizers while he put together a salad and grilled me a steak. I’m used to a guide bringing a sandwich, a cookie and a bag of chips. This was a different world. We fished 6+ miles of the Andro and I never once made a fly selection. Bill knew what to use, and we had continuous action on dries and nymphs. The nymphs produced the biggest fish, and the dries produced the most. He always knew where I should be casting, and often detected the strike before I did, especially with nymphs. While we ate lunch, I was watching some fish work on the surface on the other side of the river. Because of the current, getting there was going to be a challenge, But, after we finished lunch, Bill did the hard rowing to get us upstream and then over to those fish. In 15 minutes, I touched 8 fish in that little spot. His extra effort just to get there was very much appreciated. In the end, we touched about 50 fish, hooked about 30 and boated 20+ fish. The biggest was a 17″ rainbow. We missed the eastern grand slam (brown, rainbow, brookie, and salmon) by a salmon, but they are fairly rare in this river. But, just catching the other three species in a single float was pretty special. Bill is one of, if not the best guide I’ve ever fished with. I can’t wait to do a trip like this again next year. One other note. Bill is a guide that understands it’s not just about putting you on fish. He was also teaching all day. I’m a ski instructor, so a guide of sorts in that industry. So, I understand the teaching part of the business. Bill got me on fish, but even though I’ve been fly fishing for almost 40 years, at the end of the day, I was a better fly fisherman than when I started the day. Float trips can seem pricey. But, when you factor in the cost of the boat, the gas, the insurance, the guide’s time, the materials (he didn’t like the condition of one of my leaders, so he changed it out with one of his. That’s a $10-$12 cost and I offered him one of my leaders, but he used his own. He checked out my fly selection before we started and he “approved” what I was taking. But, we ended up fishing his flies all day. All those expenses add up. I tipped him about 30% and I honestly feel like it might not have been enough. Just a top-notch experience in every way. I will definitely fish with him again. I’ve fished with a number of guides who should spend a day with Bill to see how a true pro runs a guided day of fishing. Just fantastic, start to finish.

We hope to host you soon! 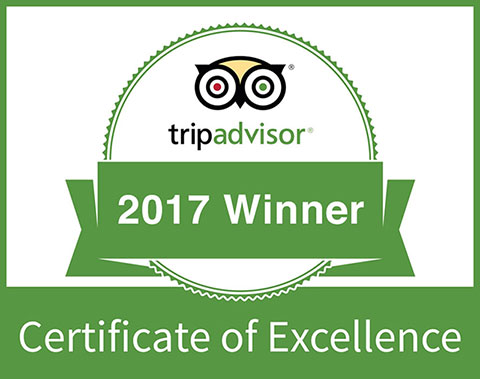