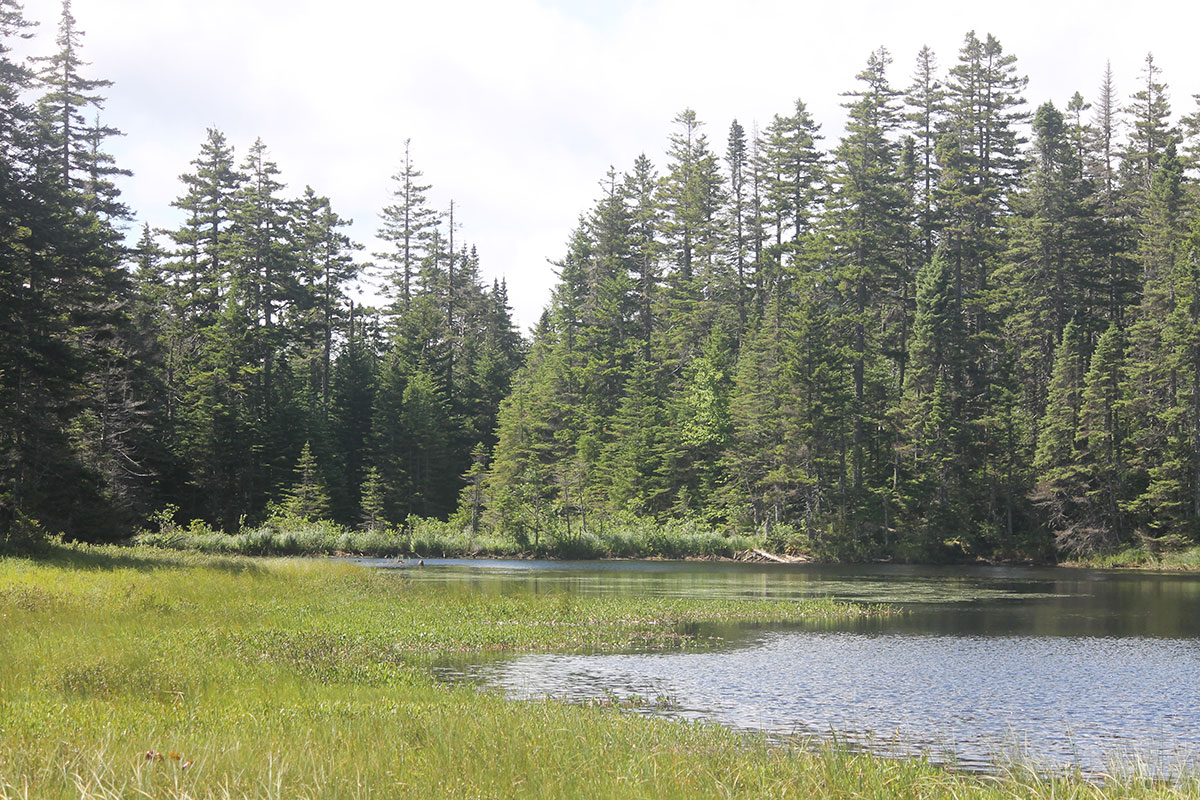 The Connecticut River winds more than 400 miles from the Canadian Border to Long Island Sound. Most of the people who live along New England’s largest river see it as a big, powerful waterway.

I grew up along the banks of the river in western Massachusetts, where the wide, mighty river dominates the landscape, shaping the area and feeding the region’s fertile farmlands. But years ago, my uncle told me about his fishing trips up to Pittsburg, New Hampshire, where the large river begins near the Canadian border as a mere trickle. The idea of seeing this mighty waterway starting its journey as a tiny stream piqued my interest. So when I got a chance to visit Pittsburg with my two kids last summer, we made it our mission to seek out Fourth Connecticut Lake, the source of the Connecticut River.

The trail to Fourth Connecticut Lake starts roughly 14 miles north of Lopstick at the Canadian border. The drive there passes through miles of wilderness, so keep an eye out for moose, fox and deer on the way up. We saw turkeys and a porcupine on our drive to the trail.

That excitement grew soon after we started hiking when we came to a border marker on the trail, allowing us to technically stand in Canada. Much of the roughly .6-mile trail from the border station out to Fourth Connecticut Lake criss-crosses the international border, making it one of the few international hiking trails in North America. Several border markers can be found along the trail, allowing for fun photo opportunities and a chance to say you stood in another country (even if you don’t have a passport). 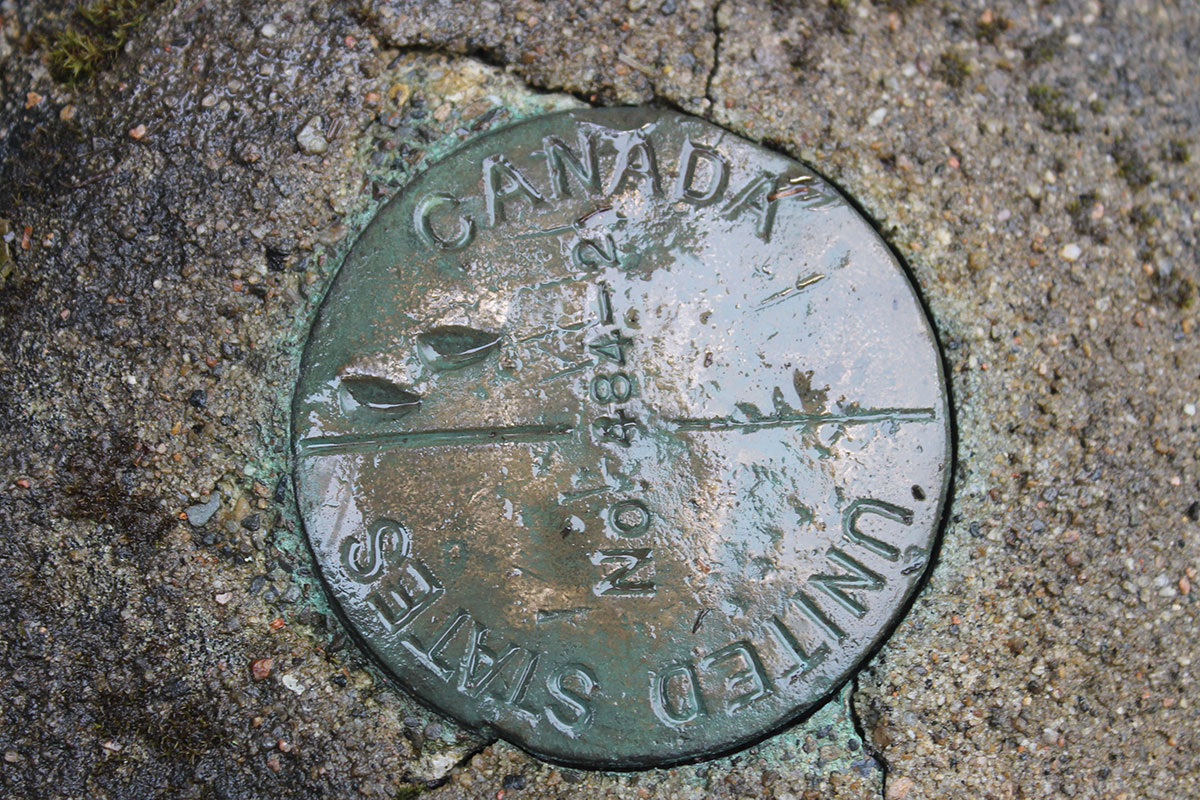 The trail to Fourth Connecticut Lake is not heavily travelled. We saw just two people the day we hiked out to the lake, allowing us to feel a sense of peace and solitude as we walked. The beginning of the trail passes through areas of tall grass and has occasional steep sections that can prove challenging to some inexperienced hikers, but shouldn’t be difficult enough to be a deterrent.

As the trail nears the lake, it enters a section of thick forest filled with balsam firs, paper birch and mountain ash trees. My kids enjoyed hopping among the rocks and roots along the trail before the forest cleared to unveil Fourth Connecticut Lake. We stepped to the edge of the shore and looked out at the tiny, 2.5-acre lake. A grassy bog mat lined the water’s edge, and out near the middle of the lake we spotted a large beaver dam.

After having a snack and looking at frogs in the shallow waters, we walked along the scenic trail that circles the edge of the lake. On the southern side, we found a tiny, rocky stream flowing out the lake – the beginning of the Connecticut River. We stepped over the narrow, shallow stream as it rippled through the woods south toward Third Connecticut Lake. We then sat and marveled at the tiny start to the mighty river we know so well, and thought about how this trickle of water will travel hundreds of miles, though our familiar area of western Massachusetts and on to the ocean.

As we walked back down the trail, clearing skies gave us sweeping views of the rolling green hills and beautiful farm lands of Quebec. I pointed out to the kids that we were looking into Canada, which prompted my son to say, “Next time we come, we need to bring passports.” 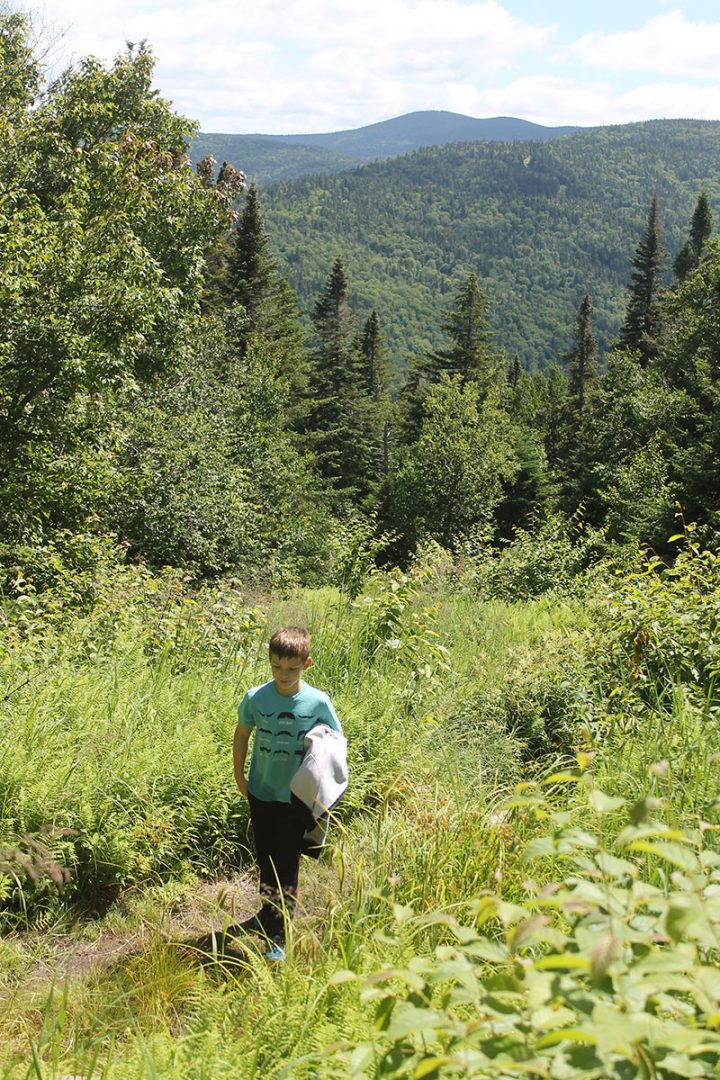